Who will play Kamal’s wife in Tamil Drishyam?

It has been confirmed beyond doubts that Padma Bhushan actor Kamalhassan is going to star in the Tamil remake of Malayalam super hit and critically acclaimed film Drishyam. Jeetu Joseph who directed Malayalam Superstar Mohanlal and Meena in the  film is all set to direct the Ulaganayagan who will be reprising Lal’s role of a father of two teenage girls. 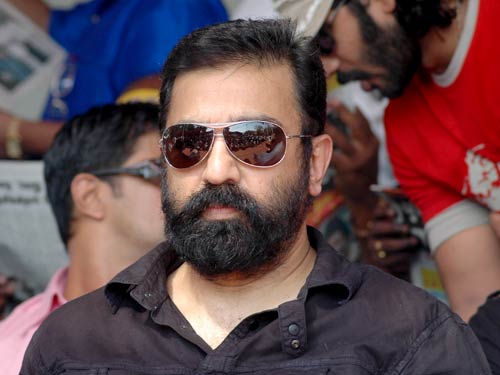 As reported earlier, the script of the film will go in for minor changes suiting the taste and preferences of Tamil audience and Kamal himself will be discussing and finalising the changes along with the director. Since the star is busy with his commitments for the magnum opus VIswaroopam 2 and Uthama Villain the film to be produced by director Lingusamy and to be directed by his good friend and actor Ramesh Aravind,   Drishyam in Tamil will go on floors only in the second half of this year.

Regarding the heroine of the film, sources close to the team say that Meena will be reprising the role played by herself in Malayalam. Meena’s role in Dirshyam has been well appreciated by critics as well as fans and if she does the same in Tamil, it will be a worthy comeback for  this actress referred fondly referred by Tamil audience as a woman with beautiful eyes.

Meena, who remained as one of the leading heroines in all the four industries of South Indian Cinema until the last decade paired up with Kamalhassan in only one film, which is Avvai Shanmugi directed by K.S.Ravikumar, that released in 1996. This apart, the actress has made a cameo appearance in Kamalhassan’s 2001 super hit film Thenali, which was directed by Ravikumar again.