What is IKK About?

The biggest speculation over every yet-to-release movie is the story line it follows. With his second film as hero having wrapped up, Udhayanidhi Stalin is gearing up for the release of ‘Idhu Kathirvelan Kadhal’, and we bring to you the crux of the story. As we hear from sources close to the team, the film is about a staunch devotee of Lord Hanuman who undergoes a transformation after an encounter with the gorgeous girl. The devotee Kathirvelan, played by Udhay, is an unemployed lad who heads to Madurai, where he falls head over heels in love with the simple yet striking middle-class girl, Pavithra. 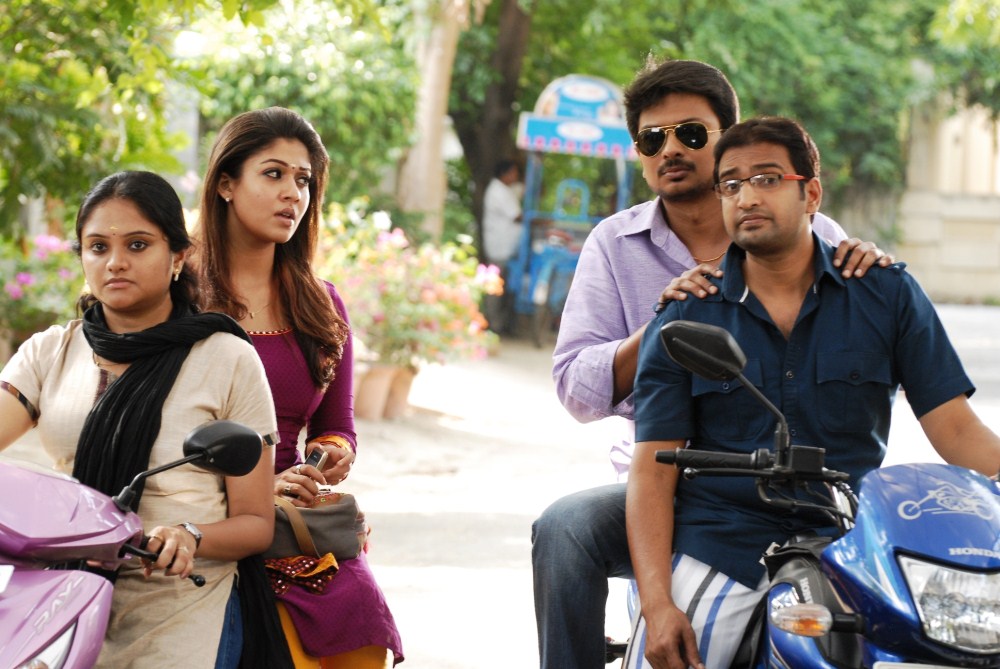 Reputed photographer Sundar Ramu, who was seen in supporting roles in ‘Mayakkam Enna’ and ’3′ will be seen playing an important role in this flick too. Directed by SR Prabhakaran of ‘Sundarapandian’ fame, ‘Idhu Kathirvelan Kadhal’ has music composed by Harris Jeyaraj, and the team will launch their audio album soon.
« சூர்யாவுடன் குத்தாட்டம் போட வருகிறார் சோனாக்ஷி சின்ஹா
Jilla short by ten minutes »