Vishal to work with Bala in a humor based film 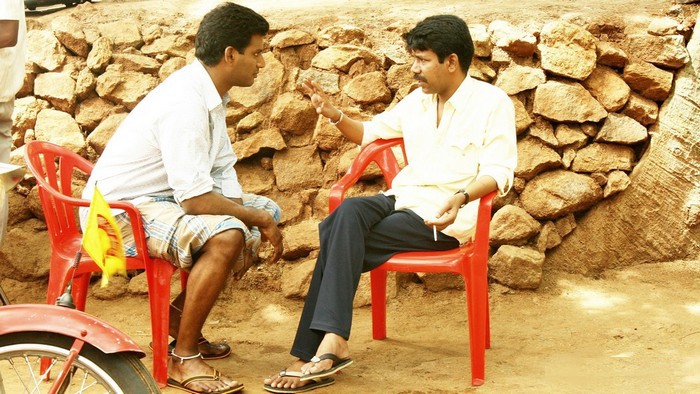 Now Vishal who has started his own Production company and basking on the success of his first production venture Pandiyanadu is keen to team up with the National Award winning director again and Bala is also interested in casting Vishal as the hero in another movie. We hear that the two met up recently and had a pretty long conversation. Sources say that Bala has narrated a two line comedy story which has impressed Vishal. The excited Vishal could not wait to start acting in the script and also produce it.

It is also said that the Producer Vishal has given the advance to Bala asking him start working on the script. It is worth recalling that Vishal’s role in Avan Ivan offered a lot of scope to prove his comic sense as well.