Daring stunts, entertaining family comedy, script based in rural setting and Ajith taking the lead – everything about ‘Veeram’ is making news. Now the latest on the headlines about the flick gearing up for Pongal 2014 is the feed on its audio. Music for director Siva’s ‘Veeram’ is scored by Devi Sri Prasad, and we now hear that a set of six tracks from this hep composer for the film have all come out well. There is an opening mass song which is a peppy number and a soothing melody which has been shot as a duet between Ajith and Tamannah, and the team is looking forward to hearing positives on these two from audience of all rungs. 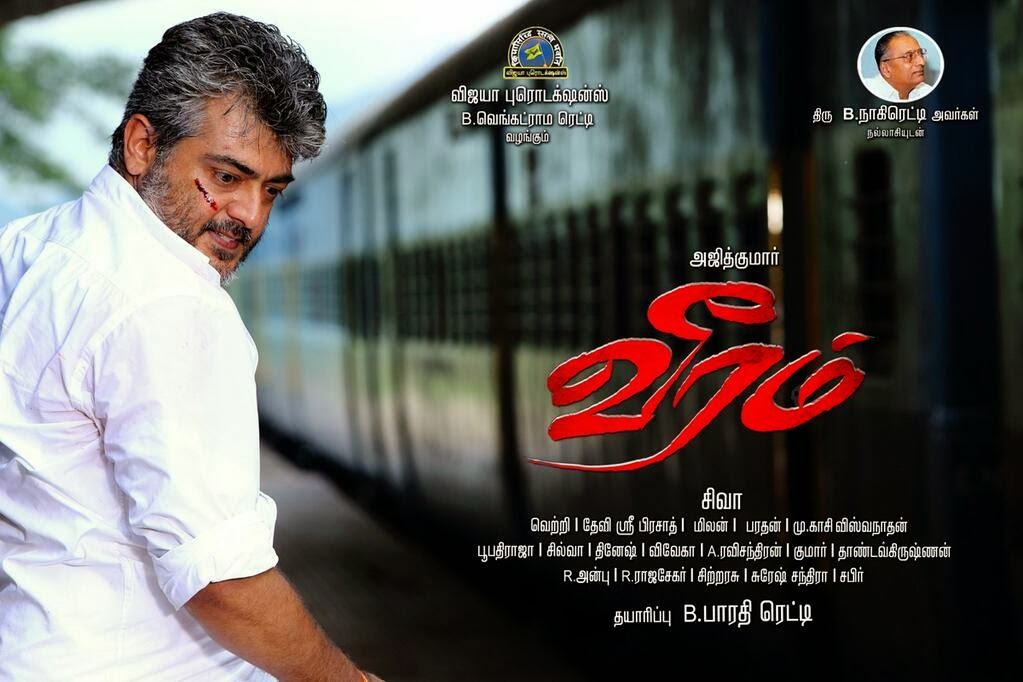 Further, a key feature of the album will be a song with theme music, high on adrenaline, and the song is said to feature at the climax. A racy number by itself, the team assures that the theme music will be highly inspiring. News on audio launch of ‘Veeram’ is to hit our ears soon, as the team promises a mass ‘Thala’ Pongal coming our way.